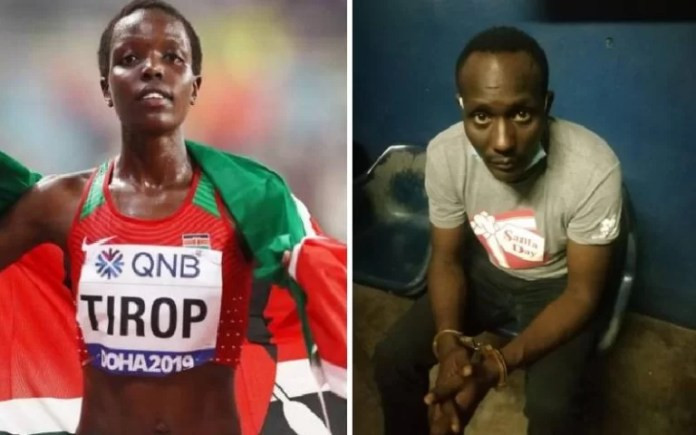 Agnes Tirop’s husband has appeared in court in Kenya after allegedly murdering the world record holder.

Ibrahim Rotich was remanded in police custody for 20 days to allow the authorities to continue their investigation after Tirop was found dead on Wednesday (October 13).

Ibrahim, usually referred as Emmanuel, appeared before Iten Chief Magistrate Charles Kutwa four days after he was arrested in Changamwe in Mombasa.

"The suspect will remain in police custody for 20 days to enable police to complete the investigations into the murder," Kutwa said.

"He will also be taken for mental assessment.

"Since this is a matter revolving around murder case, I do direct that it be mentioned at Eldoret High Court on 9th November for further directions."

The 25-year-old Tirop was found stabbed to death in their home.

The 41-year-old Rotich is alleged to have stabbed her multiple times, leaving her mutilated body on the bed of their house in Iten before trying to escape.

According to officials, Rotich was arrested just before 9pm last Thursday (October 14) after crashing his vehicle into a truck in a car chase with police and escaping from officers trying to apprehend him about 460 kilometres from Mombasa.

Police claim he was trying to flee the country.

Tirop was killed just a month after she smashed the women’s-only 10km world record at an event in Herzogenaurach in Germany, with a time of 30min 01sec.

She was a double world 10,000 metres bronze medallist, winner of the 2015 World Cross Country Championships in Guiyang in China and had finished fourth in the 5,000m at the Olympic Games in Tokyo this year.

Elders from the Kaplel clan in the county of Nandi conducted a cleansing ceremony in the house where athlete Agnes Tirop was allegedly killed on Wednesday last week#Kivumbi2022 @Akisawandera @KenMijungu pic.twitter.com/OTtLL0GSEY

Athletics Kenya has cancelled all events for two weeks to mark the death of Tirop.

Jackson Tuwei, President of the national governing body, also announced that they are planning to hold a special health conference on December 8 to discuss some of the issues that had been raised since Tirop’s murder.

"We cannot hide our heads in the sand anymore," he told Kenyan newspaper The Daily Nation.

"A number of athletes are suffering immensely in their personal spaces but have chosen not to seek help for fear of stigma.

"They are considered as role models who cannot and should not do any wrong, as other human beings are prone to."

"Athletics has lost one of its brightest young stars in the most tragic circumstances," he said.

"World cross country champion at just 19, Agnes Jebet Tirop burst on to the global scene in 2015 and has been one of the world's best female distance runners over the past six years.

"This is a terrible blow to the entire athletics community, but especially to her family, her friends and Athletics Kenya and I send them all our most heartfelt condolences."