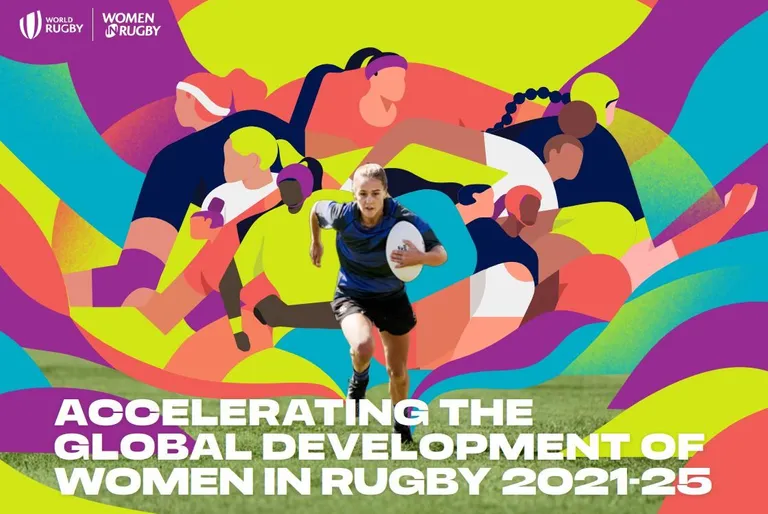 World Rugby promised it will accelerate the development of women’s rugby with an updated strategic plan unveiled, aimed at increasing direct investment into the game and welfare of players.

The governing body said the first phase of its 2017 to 2025 strategic plan has seen global campaigns "Try and Stop Us", and "Team Powered", as well as welcoming Mastercard as the founding partner of their Women in Rugby programme.

An increase in leadership and coaching programmes has also been cited.

World Rugby has titled the second phase of the plan as "Accelerating the global development of women in rugby", which will target on increasing competitiveness, player, fan and commercial interest.

The organisation revealed that the plan will continue to focus on growing sustainable participation, high performance quality competitions, inspirational leadership on and off the field, profile with impact inspiring engagement, and driving strategic sustainable investment.

World Rugby has added a new focus point with activity also set to be dedicated to women’s player welfare.

The International Federation announced that this will include a focused women’s research stream and expansion of injury surveillance studies.

The Otago Rugby Community Head Impact - ORCHID - study and performance analysis resource to track the game and inform law and technical considerations will be among the projects supported.

"As we reach the midway point of our strategic plan, much has been achieved," said Alan Gilpin, World Rugby chief executive.

"From greater leadership representation and the launch of WXV, through to the inspiring Team Powered global marketing campaign and welcoming Mastercard as the founding partner of the Women in Rugby programme, the game is going from strength-to-strength.

"We now look ahead with excitement to the next four years, guided by this new expanded and enhanced plan, which will be a catalyst for further change.

"We will remain focused on player welfare with a new dedicated pillar of activity rooted in research and analysis.

"We will also seek to increase capability and capacity to grow the game and continue to drive high performance.

The governing body earlier this year pledged an initial investment of £6.4 million ($8.9 million/€7.4 million) into the three-tier tournament.

The inaugural edition is scheduled to start in 2023 and be played from September to October.

It is hoped WXV will increase competitiveness and commercial and fan engagement opportunities, as well as prepare teams for the 2025 World Cup that is expected to be expanded from 12 to 16 nations.

Nations will qualify every year into WXV tiers courtesy of their finishing positions within the respective annual international competitions, such as the Women’s Six Nations, which must be completed by June.

A new cross-region Pacific Four Series was announced in September, which will feature Australia, Canada, New Zealand and the United States.

The event will serve as a qualifier to the WXV.

Canada and the US played a smaller version of the event in November, with Australia and New Zealand unable to participate due to COVID-19.

WXV1 will include six teams in two pools played at a standalone tournament in one location which is expected to be determined on a year-by-year basis.

World Rugby said it will also work with unions to look at the practical requirements that need to be in place to enhance the professionalism of women’s rugby, recognising the varied development stages across the world.

Targeted leadership development programmes and the development of a Player Assistance Programme have been promised to help players maximise current career and transition opportunities.

The governing body added that it will consider investment opportunities, including private equity and merchandising, as well as developing a guide for unions to help generate new and diversified income streams.

World Rugby says that four years into the strategic plan, there are over 2.7 million women and girls currently playing globally.

The organisation cited Nielsen Research, which reportedly found interest in established markets has risen by up to 45 per cent and in emerging markets to 27 per cent.

This marked an increase of 15 per cent and 22 per cent since 2018, respectively.

Achievements outlined by World Rugby to date include increasing the number of people who may sit on World Rugby Council from 32 to 49, with the 17 newly-created positions to be held by women.

Launching an Executive Leadership Scholarship programme to support the normalisation of women in rugby in leadership positions, the adoption of a gender-neutral approach to the naming of World Rugby’s major tournaments, and creating an online women’s coaching toolkit are viewed as key initiatives already implemented.

The updated strategic plan can be viewed here.