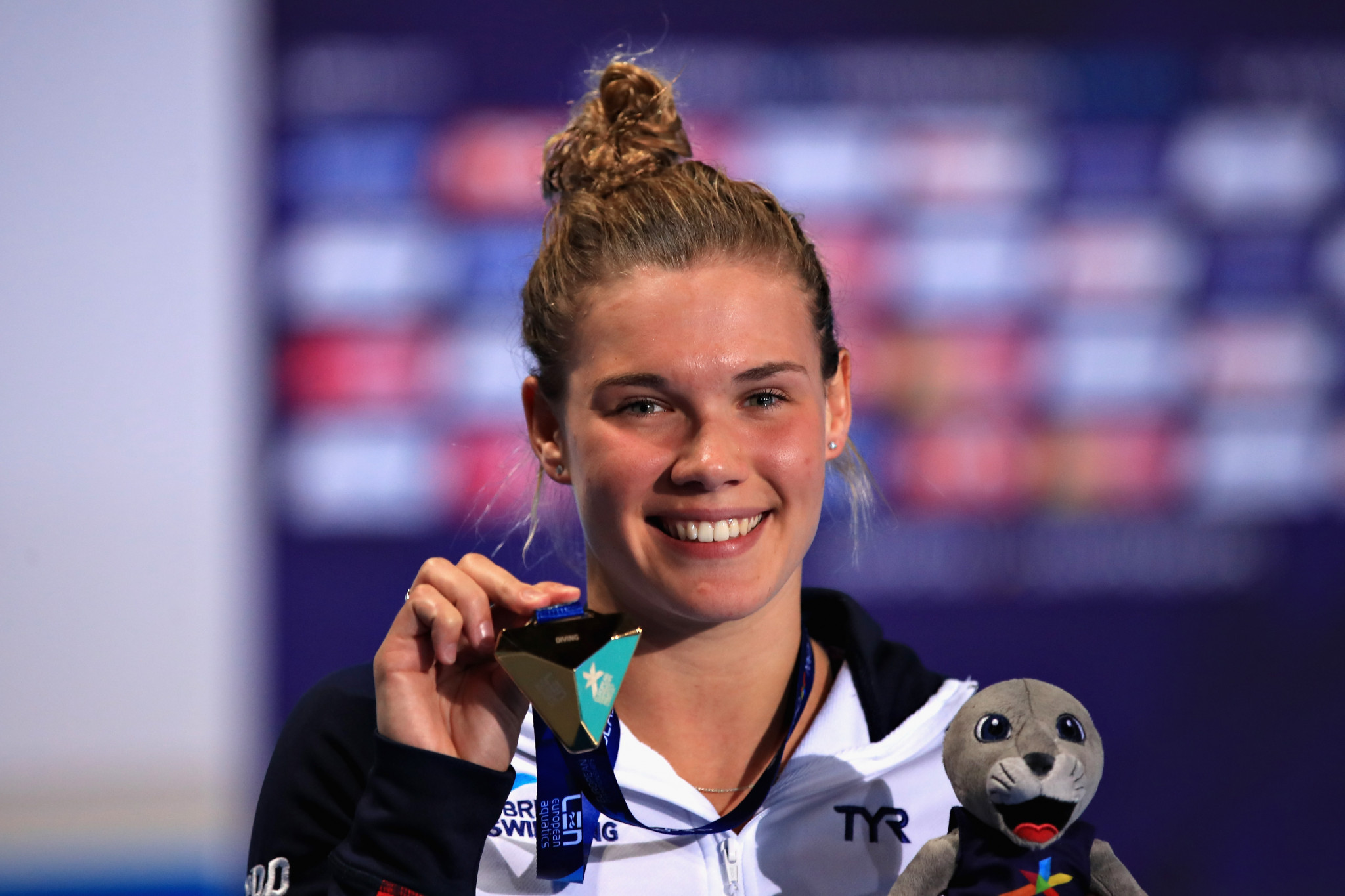 Third after the fourth round, the 22-year-old Scot produced a superb final dive, a forward two-and-a-half somersault with one twist, piked, to snatch the gold medal away from fellow Briton Alicia Blagg.

Reid finished with a total of 329.40 points at Edinburgh’s Royal Commonwealth Pool, where she learned to dive as a child.

Blagg took the silver medal with 327.70 points, while Germany’s Tina Punzel claimed the bronze with 324.65.

"It's unreal," Reid, who also won a silver medal in the mixed synchronised 3m springboard on Wednesday (August 8), said.

"It has been hard work this season with ups and downs.

"It is great to solidify all the hard work.

"If you had said at the start of the campaign that I would be walking away with the gold medal, I would probably have laughed a little."

Blagg won a 3m springboard synchronised title in the same pool at the Glasgow 2014 Commonwealth Games, but has faced wrist surgery in the past two years.

"I never thought I would ever get to this in my career," she said.

Timoshinina and Shleikher led after the first two required dives and then took control with an excellent performance of an unusual fourth, which was the hardest in the competition.

The British could not match it and Toulson missed out on a golden double after winning the women’s synchronised 10m platform on Tuesday (August 7) with Eden Cheng.

The Russians finished on 309.63 points with the Britons second on 307.80 and Germany’s Florian Fandler and Christina Wassen third on 278.64.

Timoshinina has had a mixed championships, failing to qualify for the final of the individual 10m platform but grabbing a bronze and a silver in the mixed team and women's 10m synchronised platform respectively.

"I am not satisfied with my results," she said.

"I expected more from myself.

"It is good to finish in that way and get a gold medal and to have a complete set [of medals].

"Nevertheless, there were a lot of errors and I need to improve on that."

Britain have re-gained top spot in the diving medals table with four golds, five silvers and one bronze.

Diving action at Glasgow 2018 is due to conclude tomorrow with the women’s synchronised 3m springboard and men’s 10m platform events.